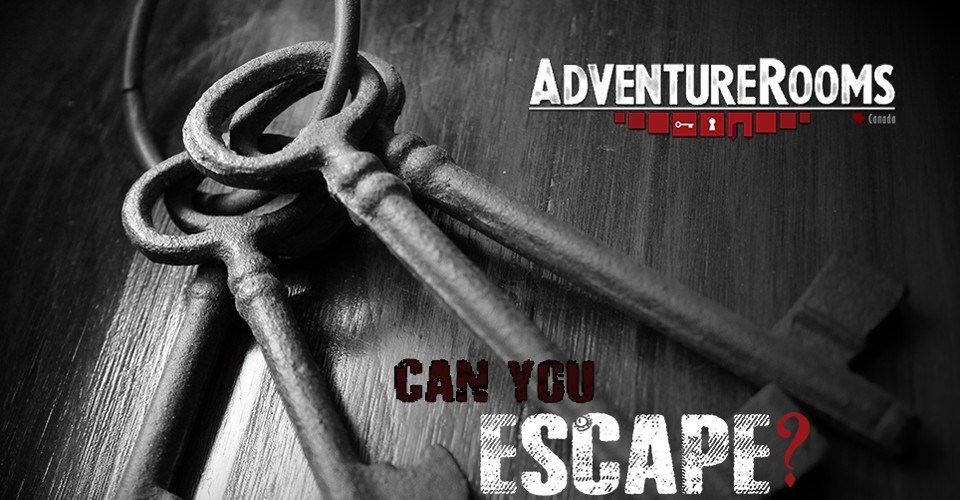 If puzzles, codes and riddles are things you like, Adventure Rooms Canada in Niagara Falls, Ontario is just for you. In fact, it is Canada’s first 60 minute Real Life Room Escape Game that guarantees a highly enjoyable experience. It’s fun and adventurous and gives you a chance to exercise your grey cells by cracking clever puzzles. And it’s an amazing family, team building and group activity.

Located on Queen Street, Adventure Rooms has two games – The Missing Finger and The Collector that have to be played out in 60 minutes each. Ideally, people between ages 11 and 77 can play these games. Even 8 to 10 year olds can enjoy the games as there is nothing scary or horrifying about them. Using your skills, you need to escape the rooms within an hour to successfully complete the game. The best part is that even if you don’t complete it, the entire experience is exciting and great fun. There’s no need to display any physical prowess because it’s all about using your brain and logical skills.

A minimum of 2 and a maximum of 24 people can play the games and it’s equally interesting for families, friends, office groups and all kinds of folks. It’s a great way to bond and an effective team-building exercise as you collectively use your skills to try and escape the room. Each puzzle and game is unrelated and does not revolve around any specific theme. You need to solve an assortment of puzzles by using the clues, codes, keys and objects in a novel way as well as by thinking out of the box. As a result, the games become suitable for all age groups and people with different interests. And if you think you will be out in no time at all, think again! These games with similar levels of difficulty have only a 20% success rate. So it will definitely challenge you and keep your mind stimulated.

Depending on the number of players, the games are divided into three categories. Standard Game Niagara is for 2 to 7 Players. The duration is 90 minutes with an introduction, an hour of play and a team photo at the end of the game. For groups that have 8 to 14 members, Adventure Duels Niagara has 60 minutes of game time that is divided into two rounds of half an hour each. The teams are split and play in different areas at the same time providing an interesting duel. Areas are switched after the 30 minute time frame. If you are part of a large group that has between15 to 24 players, Adventure Tournaments has 90 minutes of play time with three teams being formed. There are three 30 minute rounds where one team takes turns to sit out in each round while the other two battle it out with each other. So each team gets 60 minutes of play.

Head to Adventure Rooms Canada with your family, friends and colleagues for a great time together. The question is ‘Can you escape?’