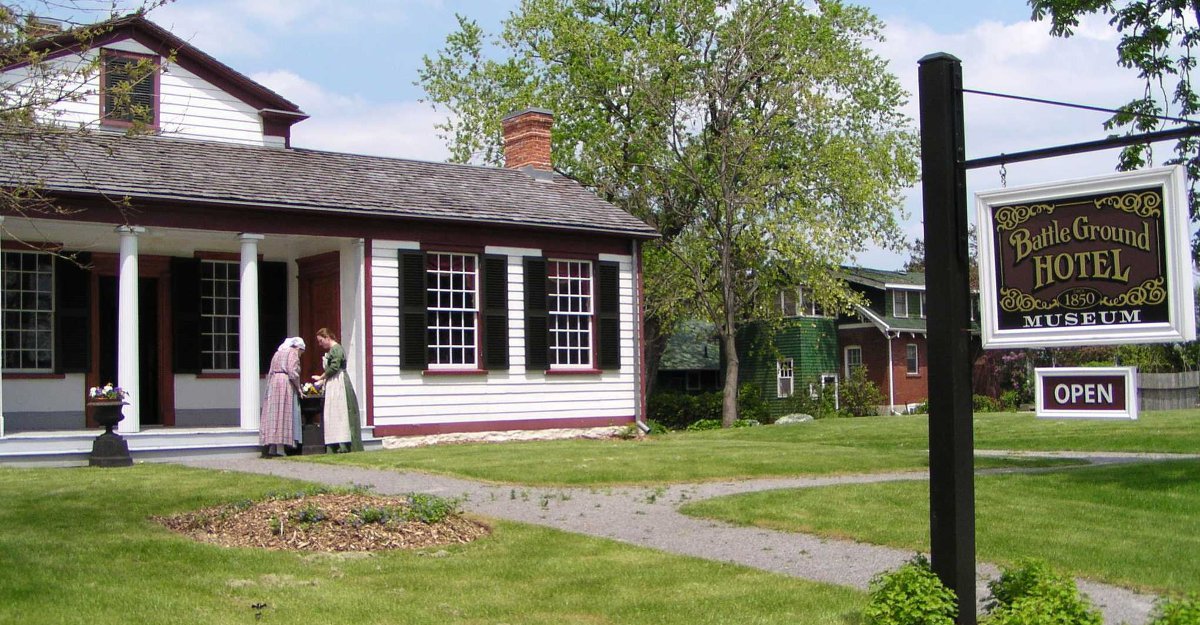 Battle Ground Hotel is the only surviving example in Ontario of a 19th century tavern which existed as a product of the commemoration of the War of 1812 to serve veterans and early visitors to the battlefield.

Battle Ground Hotel Museum is an excellent attraction for families and couples. The rustic mid-19th century homestead is located on the former site of the Battle of Lundy’s Lane. The museum houses artifacts from the battle.

The park surrounding the Battle Ground Hotel Museum were donated by the late Ruth Redmond, whose dedication to preserving Niagara Falls history led her to purchase several properties on Lundy’s Lane to be placed in trust to the museums of Niagara Falls.