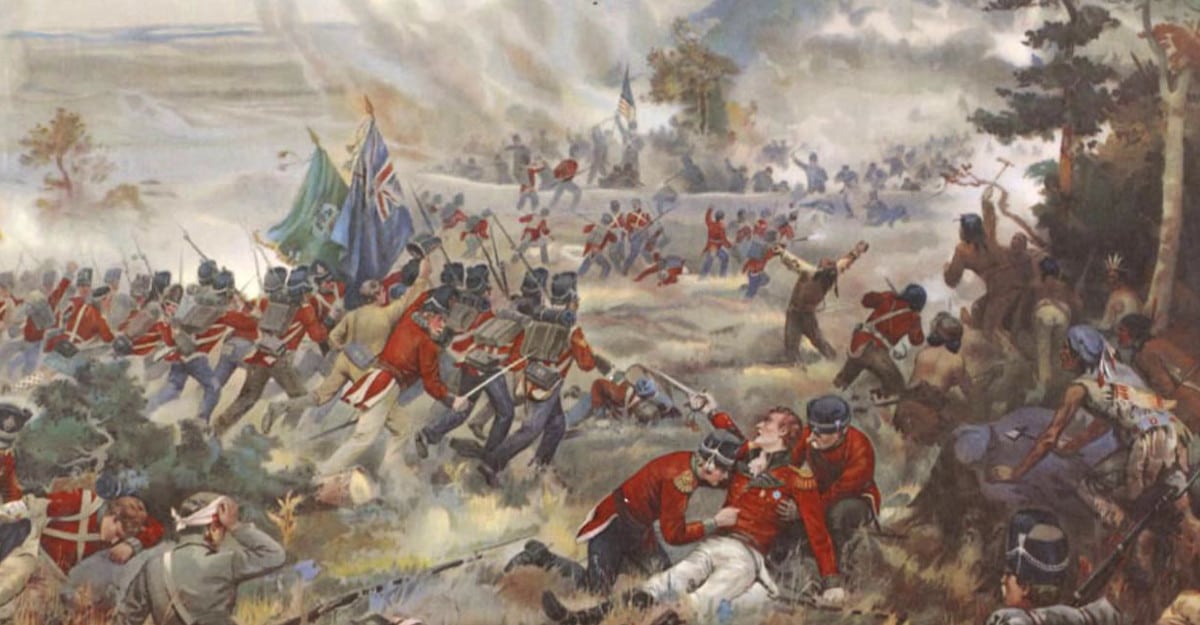 An important part of Canadian History, the Battle of Queenston Heights helped shape North America. The battle ground is now a beautiful park, full of historic monuments of this battle. Relive this defining moment in history at this free attraction, located only 10 minutes from the heart of Niagara Falls.

The first major battle in the War of 1812, the Battle of Queenston Heights was fought near the town of Queenston, Upper Canada and resulted in a British victory. The battle itself resulted from an attempt by American forces to create a foothold in Canada around the Canadian side of the Niagara River. Fought on October 13th, 1812, the battle in a sense represented a loss for both sides as the poorly coordinated American effort sapped their numerical advantage while the British lost a highly regarded commander.

Background of the Battle

The United States had its eye on Canada for some time before the outbreak of the war. When war was officially declared, a concerted effort to drive into Canada resulted in the summer of 1812. What was to be a four-pronged invasion of Canada to secure the country turned into a disaster as each group of forces simply could not get going. It was not until the early fall that the effort around the Niagara River was launched.

The US forces had belatedly launched an invasion of Canada from Lewiston, New York by attempting to cross the Niagara River in order to defeat the British forces in the area. The result was the British being alerted to the invasion and responding by meeting the US forces near Queenston.

The Battle of Queenston Heights from Vimeo

The numerically superior US forces began crossing the Niagara River on the 13th of October using boats. While the river was a good 200 yards wide with a noticeable current, it was not considered particular dangerous or even difficult to cross. However, elements of British forces had arrived in Queenston on the opposite bank and set up their artillery to oppose the US landing. While the banks themselves were very steep, they were covered with brush and trees which made them an easy climb.

Under artillery fire from the British, the US forces managed in part to cross the river. However, the disruptions caused by the artillery combined with the general inexperience of most of the US troops kept a large part of them from moving. Because the delay, Brock and Sheaffe managed to arrive with their forces to oppose the Americans who had managed to make it across.

The British artillery fire proved very effective, but a portion of the US contingent that managed to cross launched an attack in order to silence the guns. Brock led the charge against the Americans which managed to drive them back, but at the cost of his own life. Brock was killed by a musket ball in the midst of the charge and Sheaffe took over command.

The battle ended with the US forces pinned in the woods against the river bank. Over 500 militia surrendered after hearing the war cries of the Mohawks. Despite the embarrassing defeat for the US, it was the loss of Brock that severely hampered British efforts for the remainder of the war.

Visit this historic site during your upcoming Niagara Falls Vacation. Stay at the #1 rated TripAdvisor Fallsview Hotel, the Marriott Fallsview Hotel & Spa. For our best rates view our: