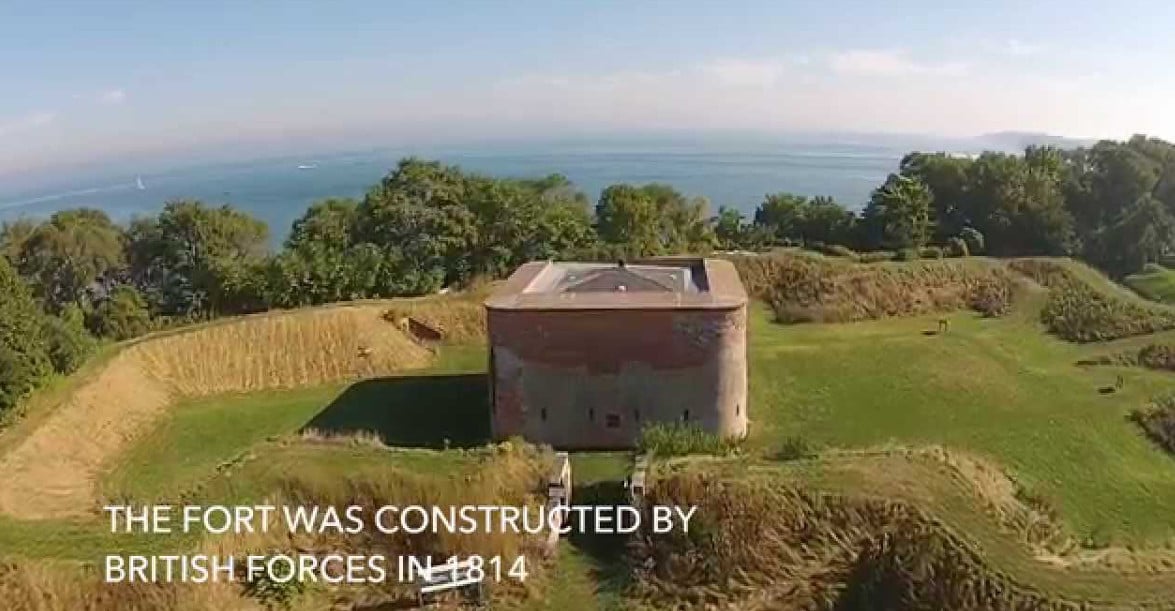 Many fortifications and strongholds were built in southern Canada as a result of tensions with the United States, and some of these forts directly participated in the War of 1812 – Fort George being one of the foremost examples. But whereas little of Fort George’s original layout survived the conflict, other fortifications remain standing in their original form.

Fort Mississauga, located at the mouth of the Niagara River where it flows into Lake Ontario, saw no direct conflict in the War of 1812It was built in a hurry in 1814 as a new station for British forces after the US assault on Fort George. It was used as a station for local garrisons until 1858, after which it would be occupied on an incidental basis during high-conflict periods such as the American Civil War for precautionary purposes. Now, most of the fort has been cleared away except for the solidly-built central tower.

Although the emphasis at the time was to build Fort Mississauga efficiently rather than impressively, even the reduced presence it has in the modern day remains a fascinating example of military architecture and engineering at the time. It is the only remaining example in Canada of a star-shaped earthwork supporting square structures, a rare combination that makes the fort an important heritage site. The tower itself is well-constructed, and a prime example of contemporary non-combustible and defensive design.

The tower itself is not regularly open to the public but visiting the site is free. Access is by a walking trail from Front Street, but walkers should be cautioned that the fort sits on the same grounds as the Niagara-on-the-Lake Golf Club. As a result, no other vehicles (bikes, scooters etc) are allowed and pedestrians need to be wary of wayward golf balls when approaching the fort. But as long as walkers keep alert and stick to the walking trail they’ll be fine.

Fort Mississauga may not have as dramatic a history as the ruined Fort George, but as a result it stands as a more pristine example of early 19th century military engineering and architecture. And on top of all else, visiting the site gives a great view across Lake Ontario.