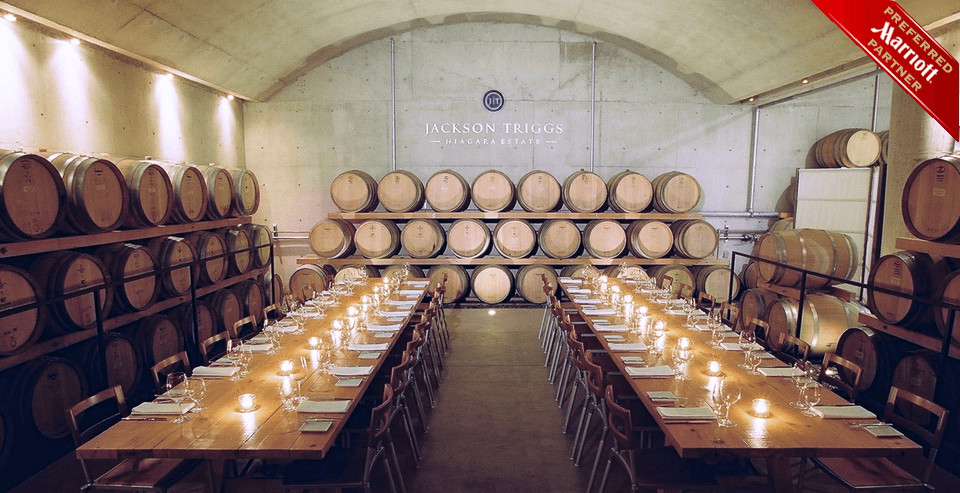 The Jackson-Triggs winery has been in operation since 1993. The winery owns two major estates, one in Niagara-on-the-Lake and the other on the edge of the Okanagan Valley, with 200 acres of vinery for its diverse range of wines. The Niagara winery was established in 2001, and designed from the beginning to be as cutting-edge as possible in winemaking.

The tagline of Jackson-Triggs is ‘We got a wine for that’. Living up to that claim alone is the massive range of blends and varietals available. Three labelled ranges – Proprietors’ Selection, Reserve, and Grand Reserve – cover the full gamut of popular whites and reds. Individual vineyard selections have some more boutique selections, like the Delaine vineyard’s premium fume blanc or Puncheon pinot noir. Add in the reisling or cabernet franc icewines and there’s just about everything on offer.

Jackson-Triggs is Canada’s most awarded winery. The sheer volume of accolades the estates have gathered over the years has been massive, cleaning up at both national and global competitions. Seemingly every Grand Reserve release has at least one medal attached to it. With both quantity and quality, it’s one of Canada’s best known wineries for a reason.