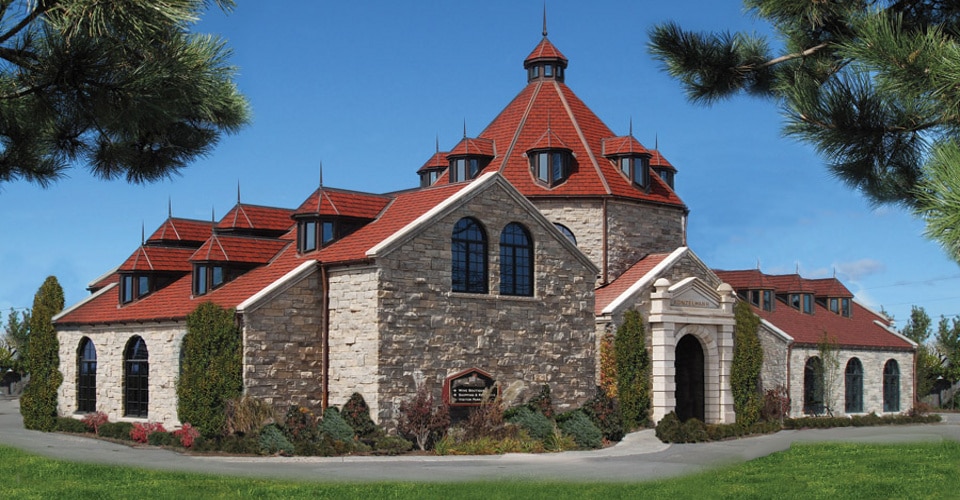 Many of the estates in the Niagara Region have a long and/or decorated history. The region is one with a strong sense of tradition; even in the newer, sleeker estates the importance of traditional methods and learned viticulture specific to the region is always emphasised. In this regard, Konzelmann Estate Winery is one of the leading Niagara wineries.

This is at the core of why an estate like Konzelmann is so greatly respected. While the winery is one of the oldest in The Niagara-on-the-Lake, dating back to 1984, the owners and creative guidance of Konzelmann is an unbroken family line of winemakers going back well over a century.

The Konzelmann name can be traced back to 1893, when German culinary worker Friederich Konzelmann released his first vintages and went on to become a successful winemaker based in Uhlbach, near Stuttgart. Friederich’s great-grandson, Herbert, currently owned the Niagara winery, which also has the distinction of being the area’s only lakeside estate, situated off Lakeshore Road and adjacent to Lake Ontario.

The estate has a wide selection of tours and tasting opportunities available. The wines themselves are regular award-winners. At the 2016 Ontario Wine Awards alone the estate picked up several golds, for wines including the 2013 Gewurztraminer and the 2012 cabernet merlot family reserve. The estate also produces other gold-standard reds and whites (their shiraz is a particular success as of late) but arguably the specialty lies in vidal icewine, both standard and late harvest.

There’s a lot to recommend about Konzelmann Estate. It’s in a picturesque location, only a few minutes’ drive from Niagara-on-the-Lake. The wines being produced there are amongst the nation’s best. And the pedigree of the family name, now in its fourth generation in the winemaking business, is both a major factor towards the estate’s success and a badge of honour in a region that exemplifies good winemaking traditions.