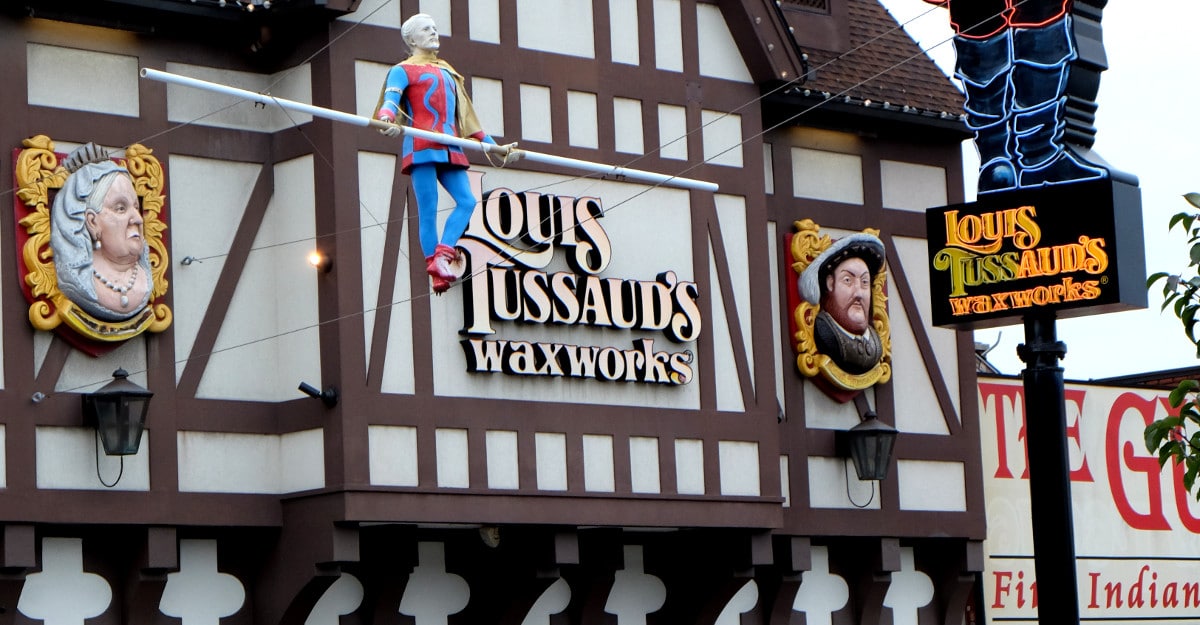 Ever wanted to meet the rich and the famous? Actors, politicians, musicians, fictional characters, sports stars and more? Well, if you can’t meet them in person, you can head to Louis Tussaud’s Waxworks in Niagara Falls, Ontario, Canada. Michael Jackson, Gandhi and Harry Potter are among some of the popular wax figures at this museum.

Louis Tussaud was the great-grandson of Marie Tussaud – the creator of the Madame Tussauds wax museum. Louis Tussaud’s Waxworks in Niagara Falls is owned by Ripley Entertainment but it is not connected to the Madame Tussauds wax museum. Housed in a the magnificent English Tudor style building in Niagara Falls, you will come face to face with life-like wax figures of celebrities, many of whom are instantly recognizable. There are name tags attached to each figure that will help you to identify the ones you are not familiar with.

It’s a great place for people of all ages to spend some time hobnobbing with the wax celebrities. Crafted by recognized wax artists from around the world, there are over 100 wax figures spread across 16 themed galleries. Some themes like the Hall of Horrors are not suitable for very young kids as they may get scared. But otherwise, kids can have a great time interacting with Harry Potter, Batman, Jack Sparrow and several other waxworks like the characters from the Twilight series. Look out for Oprah Winfrey, Arnold Schwarzenegger, Charlie Chaplin, Dalai Lama, Hilary and Bill Clinton, John Lennon, Sarah Jessica Parker and many other figures of the past and the present.

Take a Photo with a Star

The fun part is you can get close to these figures and interact with them, taking selfies and other photos in interesting poses. So you can strike a chatting pose with Oprah or moonwalk with Michael Jackson. The museum updates its wax figures regularly and new ones are added from time to time. You can also understand the process behind the creation of these wax figures and appreciate the skill required to make them true-to-life. Another great place to click photos is the ‘Over Niagara Falls’ section where you and your group can capture yourselves in action going over the Falls.

While Louis Tussaud’s is open on all days of the week, the timing varies depending on the season. The museum is also wheelchair accessible and admission is free for kids aged 5 and younger. It is a fun place to hang out if you are in the Niagara Falls area with plenty of photo opportunities!