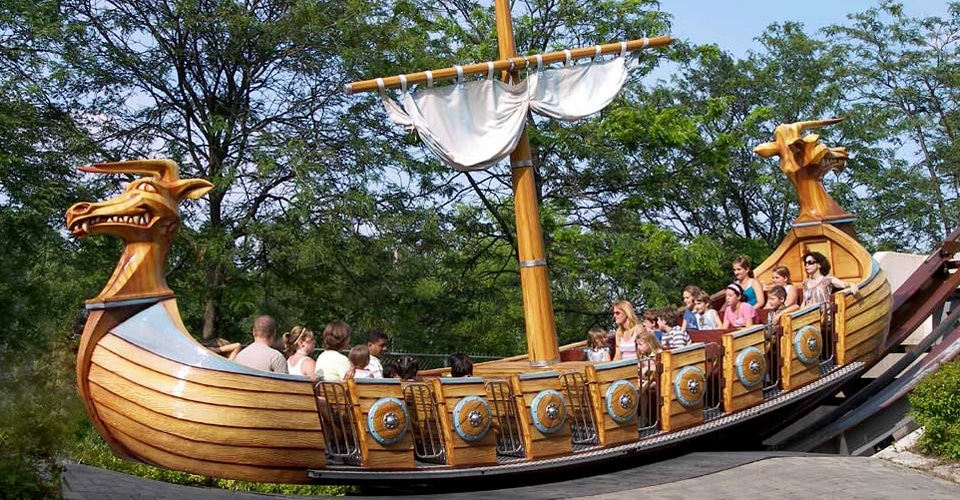 Marineland is one of the most expansive attractions in Niagara Falls, and is host to a variety of live performances. The Marineland Amusement Park and Animal Exhibits are an excellent family destination during your stay in Niagara Falls.

Skilled trainers and biologists maintain aquatics facilites for Orcas, Belugas, Sea Lions, Dolphins, and their signature sea mammal the Walrus. The only thing they are missing is a genuine Shark tank – which is probably for the best.

The park also has a growing number of other animals including Buffalo, Deer, Elk, and Bears. Bring some change and grab some approved feed from the vending machines in the park.

Marineland is increasingly being recognized for their amusement park, featuring a new ride every couple of years. The newest major ride is the SkyScreamer, which launches their guests dozens of meters above the hill. Future plans for the park include a Viking Boat ride.

There is an entire secton of the amusement park dedicated to children, with plenty of shade and places to eat.

Marineland is located half a kilometer south of Fallsview Boulevard, closest to the Marriott Hotels. The park itself is separated by a hill from the Dufferin Islands nature park.

Marineland operates from May to October. It is among the few remaining Niagara Falls Attractions to not develop a Winter Operations Plan. Be sure to plan your stay in Niagara falls during the summer months if you plan to visit this attraction.