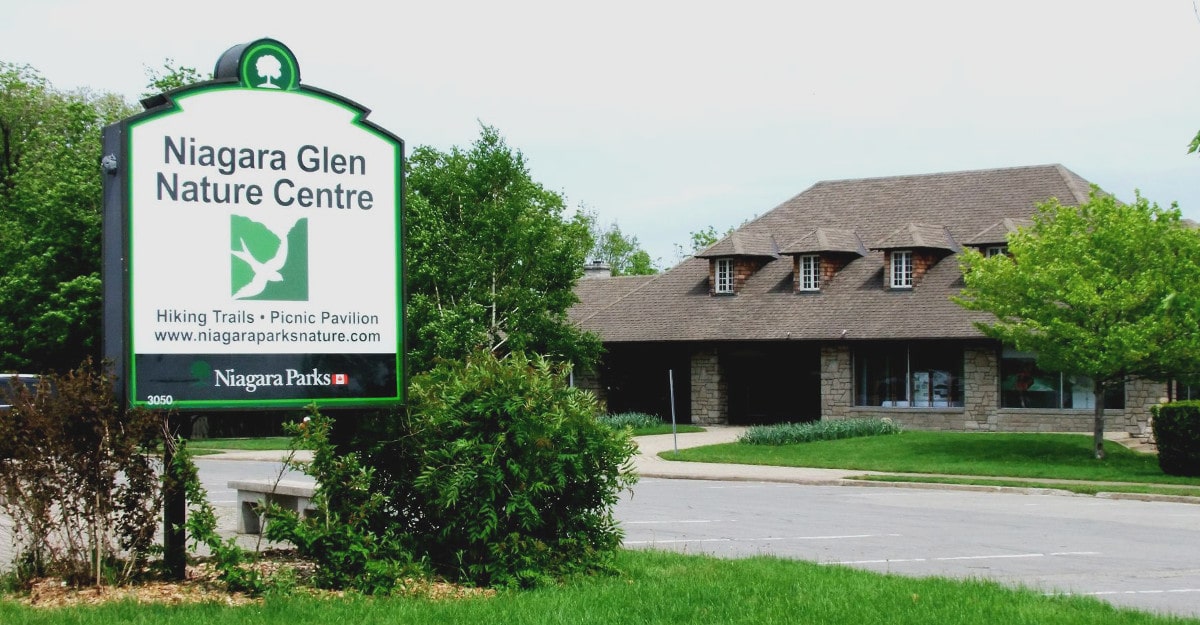 Home to several species of flora and fauna, the Niagara Glen Nature Reserve is a boon for nature lovers. Located on the Niagara Parkway on the Canadian side of the Niagara Gorge, this picturesque spot offers several pathways to enjoy the beauty of the Carolinian forest.

You can explore Niagara Glen through seven well-marked trails, and catch nature’s marvels like the Mammoth Pothole and Leaning Rock. There are guided tours available where you can enjoy the scenic delights of the Niagara Glen Terraces–Wintergreen Flats, Wilson Terrace and Foster’s Flats. As the names suggest, these are flat areas which were formed when the Niagara River coursed through the area thousands of years ago. There are picnic areas here and at Wintergreen Flats, a staircase will take you down to the access point for the main trails – the White, Red and Blue Trails.

The White Trail will lead you to the Red Trail, an area surrounded by gigantic boulders and limestone rocks. Further ahead as you climb down to the Niagara River, you will reach the Blue Trail. Beautiful trees and plants cover the way along these trails including maple, beech and tulip trees.

Take in the river view and also look across the river and see the American side. Several seabirds flock to the riverside during the summer. As you continue along the Blue Trail dotted with cedar, sumac and sassafras trees, you can see the Niagara Whirlpool which the Glen overlooks. Thousands of years ago, when the Niagara Falls eroded the area, it created the Great Gorge-–a right-angled turn along the river’s route which resulted in the rushing water being swirled into a deep counter-clockwise spin known as the Whirlpool. Further on, the next trail leads you back to the White Trail from where you began your journey.

The Niagara Glen Nature Reserve is a sanctuary for several endangered species of flora and fauna. At one time, there were many plant species but the numbers have dwindled over the years. The American Ginseng for example is no longer found at the Niagara Glen. This plant species is at risk because of the illegal harvesting of its roots that are supposed to have medicinal value. One of the endangered shrub species here is the deerberry. A few of these shrubs are found near the Whirlpool area.

Several animal species are also found at the Glen including species which are at risk of extinction. The Northern Dusky Salamander and the Southern Flying Squirrel which is a nocturnal animal are some of the endangered species found here. Environmental initiatives have played an active role in conserving the beautiful geological and biological bounty of this area.

It’s very important for visitors to wear proper footwear to navigate the steep and rugged areas. Also pay attention to all the regulations and signs for safety purposes. Guided tours and hiking tours are available at the Niagara Glen Nature Centre. It also offers refreshments and souvenirs. Open daily to the public, there are always wonderful surprises in store at every nook and corner of the Niagara Glen.

This world class hiking and nature retreat is truly one of the best hidden attractions in Niagara Falls. It is highly recommended to include a trip to the Niagara Glen during your trip to Niagara Falls.

Educational Staff & Guides will be on-site for the kick-off to the guided tour season, beginning on May 30th, 2015.