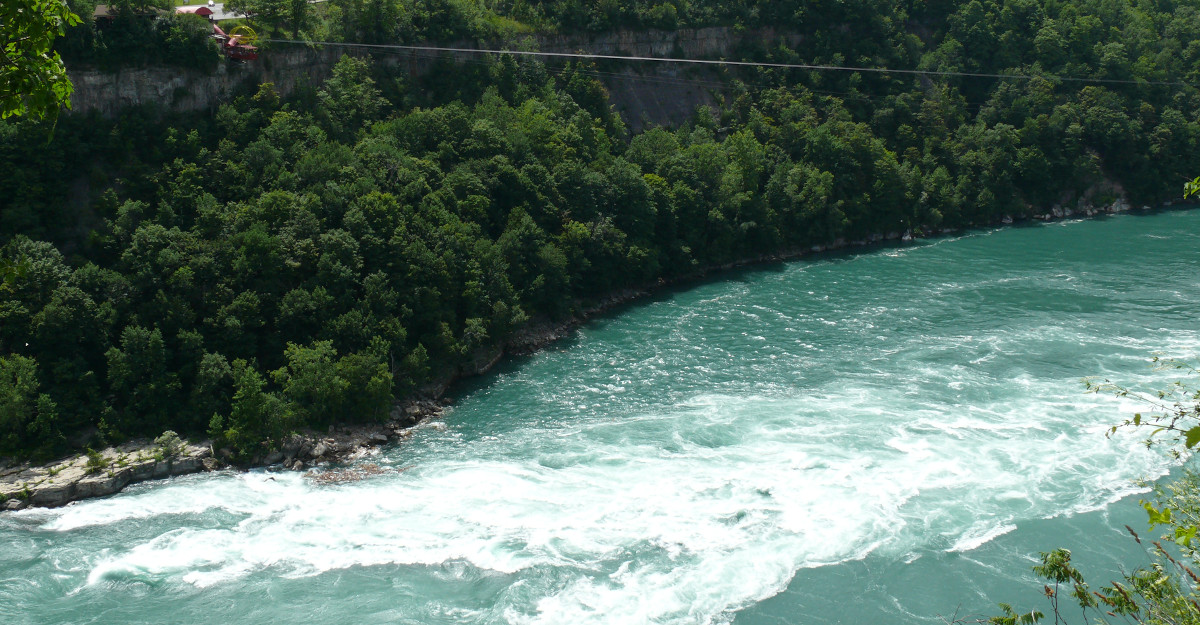 Along the US-Canadian border in New York and Ontario lies the Niagara Gorge, an 11 km long gorge carved by the Niagara River. The gorge came into formation over the course of the last 12,000 years. It begins at the foot of the Niagara Falls and ends at the Niagara escarpment near Queenston, Ontario.

The gorge was formed as a result of years of erosion by the falls and the Niagara River. Over a period of time, the falls and the river eroded the rocks and the ground beneath and around them. This is what led to the formation of the gorge. The steep slopes that were formed as a result of erosion have different layers which are a testimony to the years gone by. The soft layers of rock on the gorge are protected by a hard Lockport dolomite rock layer on the surface. The erosion process continues till date but it has slowed down over the years. Fossils of creatures that lived long ago have been found on the walls of the gorge. Crustaceans, snails, star fish, ancestors of the squid and cuttlefish are some of the fossils that have been discovered along the gorge.

The Whirlpool Rapid Gorge is a very interesting part of this formation with its turbulent river rapids. When the Niagara River was making its way through the Niagara escarpment thousands of years ago, a right-angled turn in the river’s course forced the water into a deep counter-clockwise spin now known as the Niagara Whirlpool. The whirlpool has a maximum depth of 125 feet and can be viewed by the Whirlpool Aero Car, a cable car on the Canadian side of the gorge.

The Niagara Gorge Discovery Center in the Niagara Falls State Park on the US side showcases the natural history of the gorge. It also offers walks and hikes along various trails like the Upper Great Gorge Hike and the Great Gorge Scenic Overlook Hike. There are similar opportunities on the Canadian side as well at the Niagara Glen. The Cave of the Winds attraction on the US side takes visitors 175 feet down to the base of the gorge from where they can explore the Bridal Veil Falls. There is also an observation tower which extends out over the gorge. Boats tours like Hornblower Niagara Cruises and Maid of the Mist traverse the river along the gorge and head towards the falls.

The Niagara Gorge is an amazing formation as it is a great combination of history and natural beauty.

Visit the #1 Ranked Hotel in all of the Niagara Region, the Marriott Fallsview Hotel & Spa. For our best available rates please view our: