The Rapids Theatre in Niagara Falls 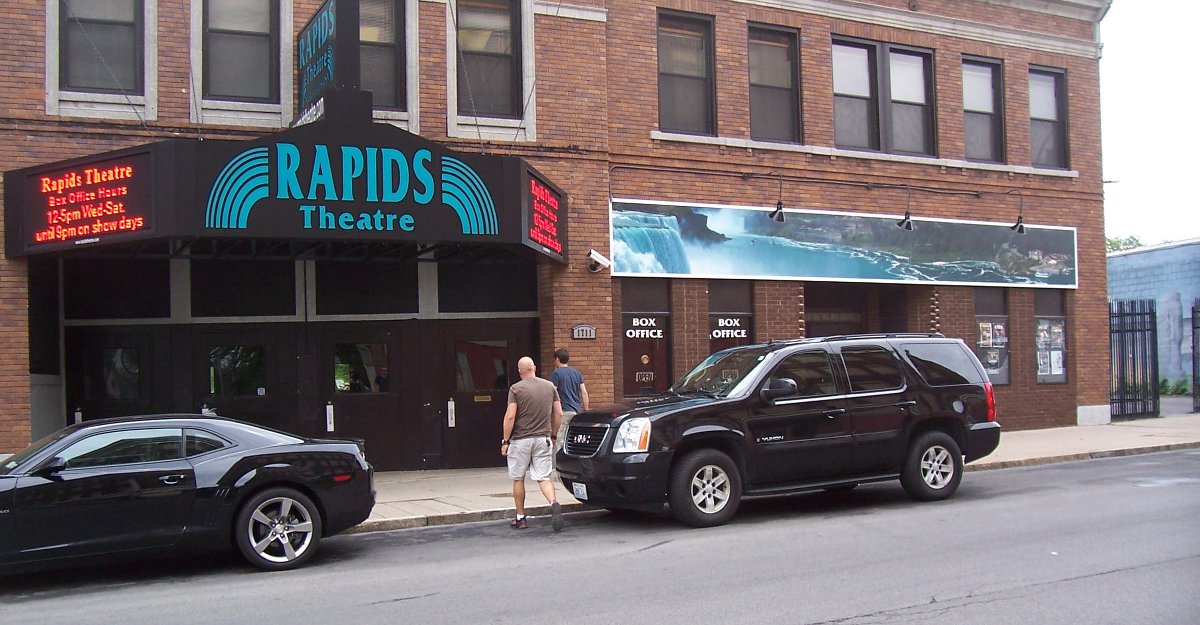 In Niagara Falls, New York, just five minutes from the Canadian border, is a theatre with a rich history dating back to 1921. The Rapids Theatre is an indoor venue for concerts, shows, events, comedy acts, weddings and more. Many famous bands and singers across multiple genres have performed here including Stone Temple Pilots, Passion Pit, Morrissey, City and Colour, Thirty Seconds to Mars and Snoop Dogg.

The theatre has changed hands several times down the years before assuming its present form. Its interesting history began in 1921 when it was first called The Bellevue Theatre known for screening movies and vaudeville performances. Its luxurious design included a majestic balcony and domed ceiling. It came under a different management in the 1940s and then again in the 1960s when it was first named The Rapids Theatre. Several renovations and additions were made to the theatre during this phase. A few years later the theatre closed down and later opened again in the mid-seventies in the form of The Late Show discothèque and later as a dance club called The Masquerade in the nineties. After changing hands a couple of times, it was rechristened The Dome Theatre in 2004 and made its first foray into music with performances from rock bands being staged at the venue. Heavy and alternative rock were the genres most favoured with bands like the DragonForce, Slayer, The Deftones, Alice in Chains, The Offspring and several others.

It was in 2007 that the current owner John Hutchins, a native of Niagara Falls purchased the theatre. After massive renovations aided by a grant from the NFC Development Corporation, an agency of the City of Niagara Falls’ Office of Economic Development, the Rapids Theatre came into being in 2009. Brand new sound and lighting systems were set in place. Toronto-based band Classic Albums Live set the ball rolling with the inaugural concert, paving the way for other music bands and singers across genres who continue to enthral crowds till date. The 19,260-square-foot theatre building can seat 800 people and has standing space for 1,750 people during live concerts. It retains the royal feel of the Bellevue Theatre with its huge domed ceiling and grand balcony.

Besides concerts, events and weddings, the theatre building which has been labelled a haunted location, conducts ghost hunts that are open to the public. These guided hunts are done in association with Paranormal Crossroads Live and has small groups of people conduct investigations into the paranormal activity that has been known to occur here. Haunted or not, The Rapids Theatre attracts some great acts from the world of music including The Tea Party band which will perform on New Year’s Eve. Head to The Rapids Theatre for some rocking entertainment!