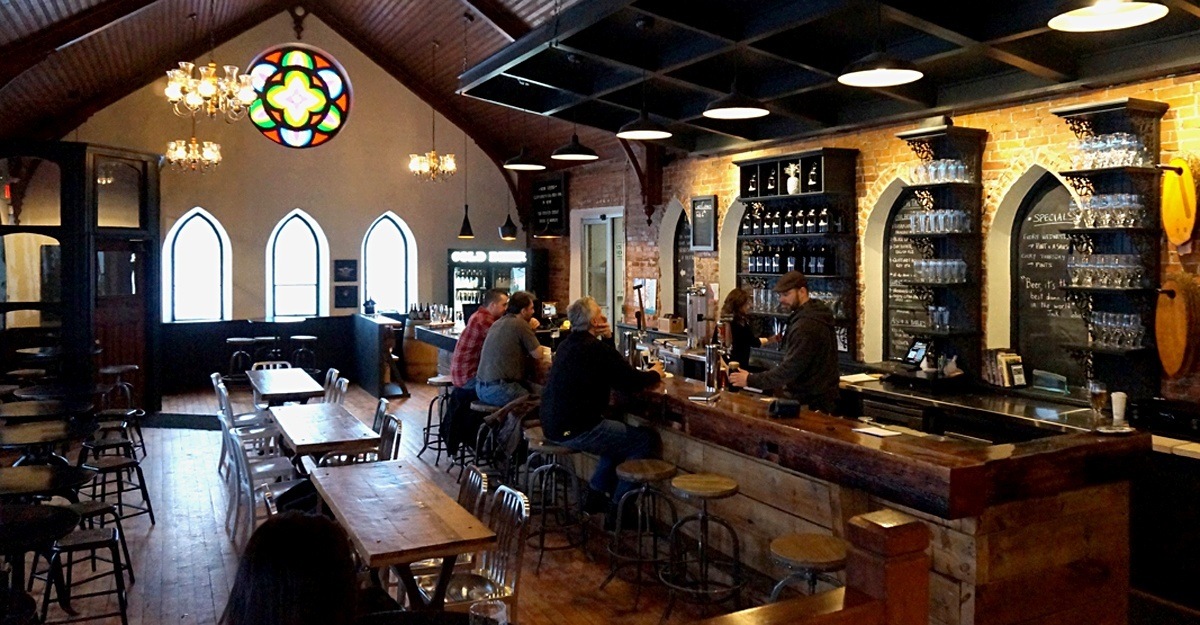 The beer is as unique as the brewery– which is located inside of a 120+-year-old former church in beautiful Niagara-on-the-Lake.

Silversmith took a different approach when publicly launching their brand in 2012; instead of producing a mass market friendly Light Ale, Silversmith chooses to defy convention and make their flagship beer a full flavoured German-inspired Black Lager.

Silversmith ‘Black Lager’ Niagara Craft Beer is created in small batches inside of the on-site brewery. The beer has earned a ‘Very Good’ rating according to Beer Advocate and is a favourite amongst local beer connoisseurs and chefs.

"Some companies start with their marketing and work their way backwards. We began and continue to focus on improving our beer. That’s our core focus."

The church locale creates an interesting and unique atmosphere. Besides ‘Black Lager’, the brewery serves flights and pints of other small batch creations by Silversmith Brewing, as well as rotating taps featuring other Ontario Craft Beers.

Silversmith Brewing Company has expanded their beer line-up over the years, adding the following beers to their standard production list:

Food is available via the on-site Tide & Vine Oyster Company. Options include oysters, Po-boy sandwiches, wings and other creations.

Co-owner Matt Swan on the unique feel of the brewery:

"We didn’t want a set plan for our space. We wanted it to grow organically."

The brewery has become a regular part of the Niagara-on-the-lake music scene, as they host a variety of local musical performances multiple times per week.

Silversmith Brewing Company is located on Niagara Stone Road in Niagara-on-the-Lake and is open seven days a week.