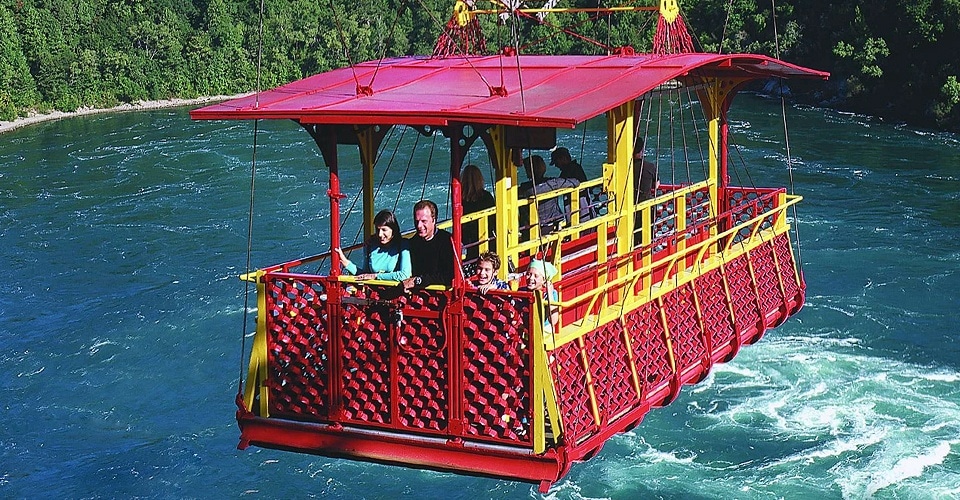 There are a lot of vantage points on both sides of the Niagara River for the iconic Niagara Whirlpool – a massive basin that has carved itself out of the rock over thousands of years with the rushing waters of the rapids-filled river. But the best view is the bird’s eye perspective, and the best way for visitors to get that angle – outside of shelling out for a private helicopter flight – is the Whirlpool Aero Car.

The Spanish Aerocar is one of the original Niagara Falls Attractions, designed by Torres Quevedo originally installed in 1916. The Whirlpool Aerocar has a century of improvements and memories behind it and it will likely have another century ahead. The Whirlpool Aerocar used to depart from both sides of the border as a form of transportation, currently the Niagara Parks attraction operates from the Canadian side. Situated between the roar of Niagara Falls and the hum of the Adam Beck hydroelectric generating station.

It only takes ten minutes for the car to travel over a one-kilometre straight route, but its track takes viewers directly over the heart of the whirlpool, offering the perfect view of the massive body of water churning like a washing machine’s spin cycle. Around the basin, the Niagara Great Gorge surrounds the aero car with forestland and nature reserves along the steep bank. For nature enthusiasts there’s something to take in at every rotation.

The Whirlpool Aero Car is downstream from the town of Niagara Falls, and bus routes to the attraction offer package deals to make arranging the trip easier. There are other reserves and attractions along the riverbank as well to make a full day’s adventuring out of the occasion, including the iconic White River Walk.

This is an entirely Canadian attraction, both stations being on the west bank of Niagara River. If you have the opportunity, it’s definitely worth seeing this natural landmark from the best angle you can manage – and it doesn’t get any better than the view offered by the Aero Car.